IDEA Stock Good Time To Invest or Not

Buy the stock accumulation based, Every dip buy again buy only not short term call it is a medium term call. Two to Three years target 40.and 60 / 70 .

Spectrum Holding
The company has the largest spectrum holdings compared to competitors in India. Its total holdings include ~1,850 MHz of spectrum across various circles.# It has coverage across >487,000 towns and villages in India.

Market Share
Presently, the company has a market share of ~27% and revenue share of ~24% in the telecom market in India.# The company has a leadership position in Kerala and Mumbai circles with market share of 46% and 30% respectively. Other dominant circles include Gujarat (36%), Maharashtra (32%), Haryana (29%), Kolkata (27%) and others.
The market share fell from 40% to 27% since the merger of both Vodafone and Idea in 2018.

Market Leader in IoT
The company is a trusted and valued IoT partner and has a market share of ~52% across the connectivity IoT market in India.

New Brand Entity
The company merged both brands of Vodafone and Idea into a new single entity i.e. ‘VI’ in September 2020, two years after the merger of two companies.

Merger of Vodafone & Idea
In Aug 2018, Vodafone Group Plc and Idea Cellular Ltd entered into a scheme of amalgamation# wherein Vodafone India Ltd and Vodafone Mobile Services Ltd were amalgamated with Idea Cellular to form Vodafone Idea Ltd.
The company issued equity shares of ~₹4,375 crores to the Vodafone group as per the scheme of amalgamation.# Vodafone group held 45.2% stake and Aditya Birla Group held 26% stake in the company post the amalgamation.
The company has been focused on integration post the merger and have consolidated spectrum and radio access network in 18 out of the 22 service areas and 92% of total districts have been consolidated.

Rights Issue
In FY20, the company completed its right issue wherein it issued ~2,000 crore equity shares of FV ₹10 each at a price of ₹12.5 per share. It raised ~25,000 crores from this rights issue.

AGR Dues Situation
The Supreme Court in its ruling in Sept, 2020 directed telecom companies to pay 10% of total dues by March 2021 and balance amount in annual installments from April 2021 to April 2031.
The AGR dues of VIL are ~58,250 crores upto FY17 of which it has already paid ~7,850 crores. Source : Screener.in 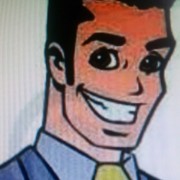 #Justdial possible to raise 680, Next target 714. Wait for the next move

Cipla possible to down target 450. #Cipla